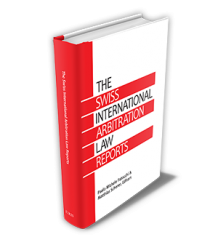 The Swiss International Arbitration Law Reports provides for the first time a full English translation of the decisions made by the Swiss Federal Supreme Court on a biannual basis, irrespective of whether the original decision was published in the German, French or Italian language, or whether the decision has been officially published or is simply available on the Court's website. The English translation is presented in parallel to the original text of each decision, and it is preceded by a head note and a summary of the decision for the reader in a hurry. All decisions directly relating to international arbitration will be translated, including those that deal with setting aside proceedings, the enforcement of arbitration agreements or the recognition and enforcement of foreign arbitral awards in Switzerland under the New York Convention, 1958.