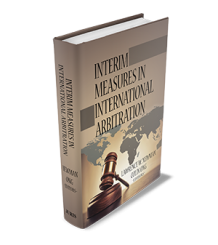 The first edition of Interim Measures in International Arbitration edited by Lawrence Newman and Dr. Colin Ong, is most auspicious in its timing. The editors have compiled a shrewd and very practical questionnaire and they have gathered together a formidable group of some of the most reputed and talented practising arbitration lawyers, academics and arbitrators from 43 leading jurisdictions to inform the reader about the essential elements of the different interim measures which are available as part of the arbitral process in a very large number of different national jurisdictions. This book, thus, combines the best elements of a focused legal textbook with the essential practicalities of a practitioners' procedural handbook. This should be a standard travelling-companion of international arbitrators and counsel as well as many international lawyers--not just those who are arbitration specialists.