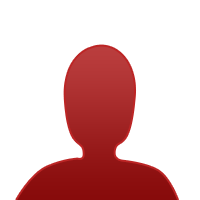 Attorney-Appellate Section Antitrust Division of the U.S. Justice Department, 1957-1958;
Associate and Partner in the firm of March, Day and Calhoun, 1958-1973;
Judge of the Connecticut Superior Court, 1973-1978;
Partner in the law firm of Day Pitney, LLP and its predecessor, 1978-2010;
U.S. District Court District of Connecticut Counsel to the Grievance Committee, 1984-1988 and Chair of Merit Selection Committees for Bankruptcy Judge (1993) and Chief Probation Officer (1988);
City of Bridgeport Corporation Counsel, 1971-1973;
Sacred Heart University Adjunct Associate Professor in Department of Philosophy, 1976-1977;
Connecticut Bankers Association, Legislative Counsel, 1971-1973;
Chairman of the Criminal Justice Commission of the State of Connecticut 1991-1995

Acted primarily as a neutral arbitrator for the past ten years and handled over 100 arbitrations as a party-appointed arbitrator, sole arbitrator or panel chair with many involving international business transactions, including a claim to terminate an $8.5 billion worldwide outsourcing contract
for telecommunications services; disputes arising out of the spin-off of a major subsidiary of a diversified international healthcare company, claims over the amendment and termination of a contract for long distance telephone service to a wireless carrier, disputes over reinsurance between domestic and foreign insurance carriers and franchise disputes with a major international franchisor. Acted as sole arbitrator or as chair of a panel in most of the cases.