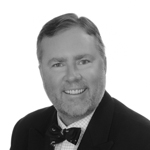 Mark is a frequent speaker at seminars and conventions in the United States and internationally.