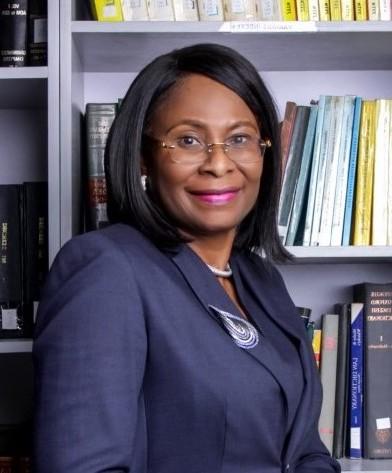 Adedoyin is a practicing lawyer with nearly forty years post qualification experience and elevated to the prestigious rank of Senior Advocate of Nigeria a mark of excellence to legal Practitioners. She acts as counsel in arbitration proceedings and has also acted as sole arbitrator, member of a panel and presiding arbitrator in various international and domestic disputes. She is listed on the Panel/database of various international arbitration Institutions and is recognized in various publications including Who’s Who and Guide to the World’s Leading Commercial Arbitration Experts [Expert Guides] as a pre-eminent leading professional in the field of Arbitration. She is listed in expert Guides Women in Business Law; the Africa’s 30 Arbitration Powerlist 2020; Arbitrators of African Descent with a U.S Nexus 2020; and Women Pioneers in Dispute Resolution, a publication of The Deutsche Gesellschaft fur Internationae Zusammenarbeit [GIZ] on behalf of the German Federal Ministry for Economic Cooperation and Development [BMZ] with the cooperation of Arbitral Women.

Doyin Rhodes-Vivour is the author of COMMERCIAL ARBITRATION LAW AND PRACTICE IN NIGERIA THROUGH THE CASES published by LexisNexis in 2016. She regularly facilitates at seminars and conferences. She has been interviewed various times including by Kluwer Arbitration Blog: Interviews with our Editor; Insights from Adedoyin Rhodes-Vivour SAN. Publications. She regularly delivers papers at conferences and publishes which include the following:-